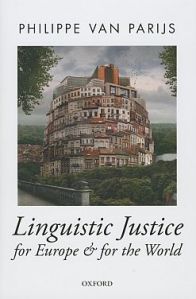 In the first book length defense of a justice-based approach to linguistic policy in Linguistic Justice for Europe and for the World Philippe Van Parijs defended two claims: that we ought to encourage the spread of English as a global lingua franca and that each language group is entitled to “official monolingualism” in its own territory. In this paper I will focus on the first argument and argue that it depends too closely on the particular form of Van Parijs’s commitment to a cosmopolitan theory of global justice. In this lecture it will be argued that an alternative, liberal-republican, theory of global justice will give us more plausible results when applied to linguistic policy than Van Parijs’s combination of luck egalitarianism and cosmopolitanism.